Astronomy tour described by our client

During my holidays in Spain (not the first ones and not the last ones!) I came across this offer of Astronomy Tour. „Astronomy?” I thought, „that’s something I’ve never done before.” I clicked the add and entered the company’s web page. There I found out that during the tour I will be able to not only learn about the stars but also see for myself distant galaxies and various celestial objects through real telescopes. I must say, it did pick my interest. I kept reading.

I found out the tour takes place in various locations on different days which made it really comfortable to arrive to the spot. At the beginning I was worried that I will have to travel far to some really remote place as even though in this area I’m a total amateur, it occured to me that that to do astronomy, you need darkness. It cannot be done in the city lights. But no, the places for the tours in all locations weren’t really far from the city, some of them actually being in the cities. „Curious” I thought. But then I looked at some of the pictures of the activity in the company’s facebook page and I saw people looking through the telescope, pictures of the starry sky and some close ups to very colorful celestial objects. I knew I had to do it!

I didn’t hesitate and booked the tour for myself and the friend I was holidaying with. The price was average and made me think about how much does it cost to buy the telescopes the company is using. They looked pretty expensive on the pictures. Anyway, as I said, I bought two tickets for the next day. Next day, which as planned, we spent sunbathing and swimming in the Mediterranean. We had a lovely dinner in a local Spanish restaurant and about 1 hour before the sunset, we left for the activity spot.

The place we chose was a park of Salinas de San Pedro del Pinatar, which we visited before, but not just before the sunset. Good thing we did now! The view was spectacular! The setting sun was reflecting in the pinkish waters of the park allowing us for the most amazing pictures!

We had a great time just waiting for the tour! And then around 45 minutes after the sunset, the team arrived, welcomed us all (there were more people gathered by then) and started unpacking the equipment.

When the darkness came, we started the adventure!

And what an adventure it was!!! The astronomers started talking about the sky, what kind of things we can see and how. They told us some basic informations about the telescopes but didn’t share any specifics or any secrets before at some point one of them asked „so, what can you see in the sky now?”. That’s when I realized I was so enchanted just listening to the guy, I did’t see how the world around us changed with the night properly arriving! I looked around and realized that in fact I do see some spots on the sky but have no idea what they are. Then people started guessing and I knew them all! I just never thought about it being possible for me to find them in the sky.
„Jupiter”, „Saturn”, „Sirius”, „Betelgeuse”, „North Star” people were saying. „Mars” I joined not really expecting it to be there. „Yes, that’s that orange spot here”, the astronomer said. I wasn’t here even 15 minutes yet and already I could identify mars on the sky! Oh, my friends were gonna be surprised with my new knowledge! The tour continued, we learned how to find north star and the most common constellations like „Big dipper” or „Orion”. I absolutely loved the way the astronomer was telling all the legends and explaining scientific stuff about how it all worked. I wondered how come I never did anything like that before, when it was my turn to look through the telescope. Wow? Just Wow! I saw Saturn with it’s rings! I mean I did see that on pictures before but I was never prepared to actually see it in reality! And the rings too! I was mesmerized! We also saw Jupiter with it’s moons, the difference between old and young stars (I’m not gonna say what’s the difference as I don’t want to spoil anything), some more sophisticated objects like a cluster of stars.

Just when I wanted to ask whether it’s possible to see another galaxy, one of the astronomers called us to a very sophisticated looking telescope with plenty of wires coming out of it, connected to huge battery, a camera and a laptop. Just looking at it made me feel like a NASA employee. The astronomer explained how we use robotic telescopes to precisely follow the movement of the sky and how we take long exposition pictures to catch more light than our eye can take. The image taken surprised me with its size. The real shock however, was yet about to come when he started to process the image on his laptop for all of us to see. He adjusted some very hi-techy looking settings explaining about how he’s choosing which parts of light wave he want’s to expose more and a galaxy appeared to our eyes! Afterwards we observed some more distant objects, all of them in spectacular colors, all the time marveling at the millions of lightyears that separate us from them.

At this point the whole group was so excited, everybody wanted to ask a question. There were many, more or less related to what we saw or to the general meaning of the universe. The astronomers answered all in a very easy way with a lot of humor and relations to science fiction and catastrophic movies which all together made us all joke and laugh with each other. At the end of the tour we all like students taking a school trip joking around and discussing astronomy among each other. That was the time when we started taking pictures and even though I never knew how to take pictures with the stars or how to catch a galaxy on my camera, now I’m a proud owner of both pictures taken 100% by me!

Later I followed the company’s social media and downloaded pictures of all the objects we were observing that evening. When the tour finished, I was so excited I didn’t really feel like going back to the apartment and when my friend approached me with a Spanish family that attended the tour (yes, it was both in English and Spanish) and with who we talked quite a lot, to tell me „we’re going for some wine and food!”, I was all for it! It’s really great that night life in Spain is so generous! So in the end we spent 2 and a half hour on the astronomy tour and then afterwards another 2 eating pizza, drinking wine and talking about the experience with the people we met on the tour, all leading to us remaining in touch up till today.

All in all, that was absolutely remarkable night! The Astronomy tour is extremely interesting and exciting and the fact that you get to have all day to do whatever you wanna do during day time and then have this marvelous experience and still be able to catch a late night dinner with friends is absolutely amazing! And you know what’s even more amazing? You can do the tour as many times you want and it will always be different as the sky changes throughout the year and also there can be a night with the Moon or without the Moon. So how about me? Have I done the tour again? Do you really need to ask? Sure I did! We booked for next week in a bigger group which gained us some discounts (for the amount of people and for me and my friend visiting second time).

Again, we had a marvelous time, our friend extremely grateful for inviting them. One, a photography lover, over the moon with his new gained night time photography skills, wouldn’t stop taking pictures on our way to grab some food and drinks. We stayed on the beach long hours after the restaurant closed still looking at the stars. 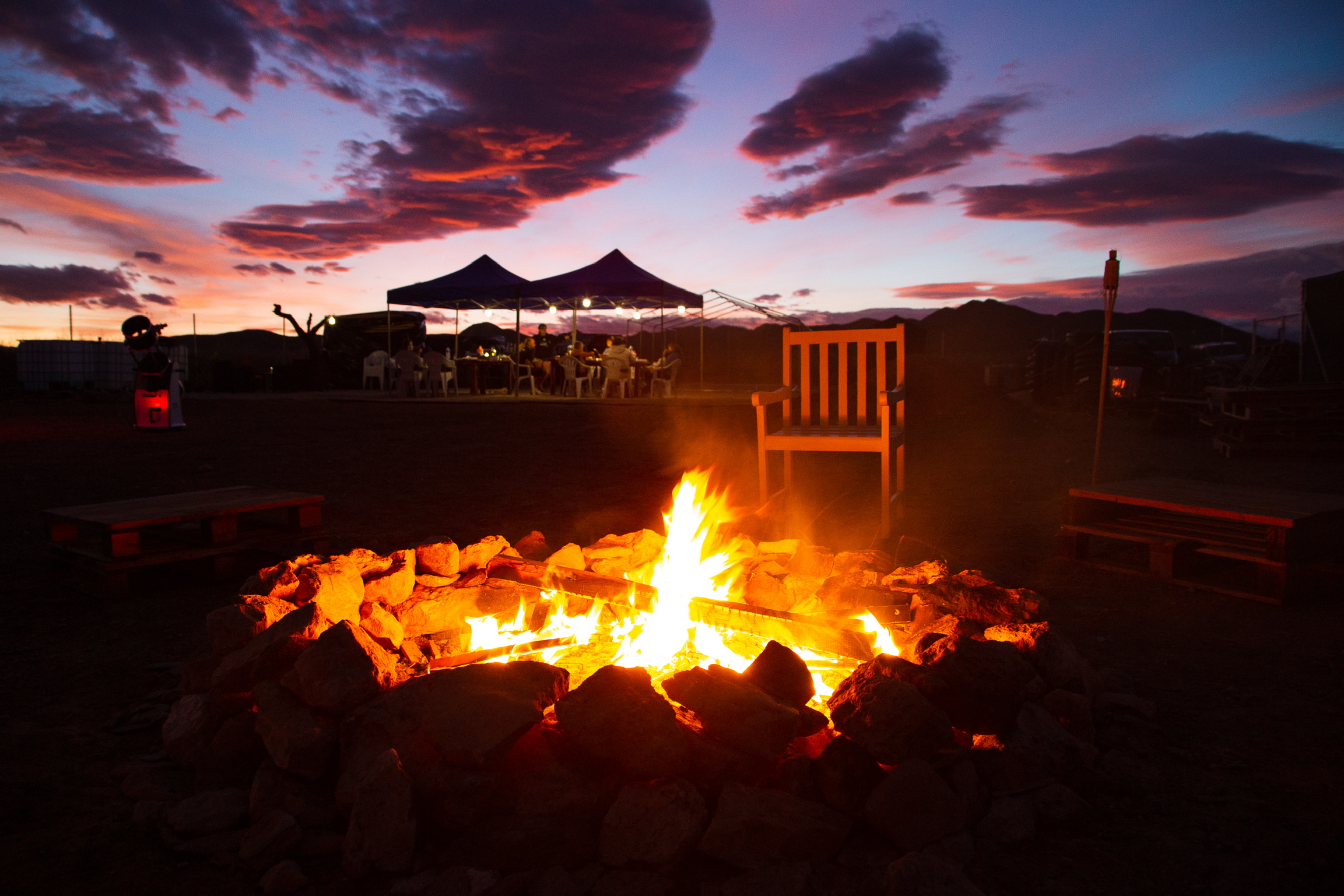 Astronomy Tours are organized by Astronomy and Science Centre Foundation as part of a greater incentive of promotion and popularization of astronomy and astronomy related sciences. The money raised by the activities is directed towards the general work of the foundation.

By joining Astronomy Tour you get to experience an amazing night of astronomy adventure and also help our Foundation!

By doing so we hope to bring a better understanding of the world that surrounds us, it’s needs and the threats it’s facing. Our work is to help realize that we are all the people of Earth, one nation one planet. By bringing perspective of our place in the great universe we aim to raise awareness of the need to improve the relations between different peoples and different cultures as well as the need to care about our planet in a more global way.

Read more about our project!

Any cookies that may not be particularly necessary for the website to function and is used specifically to collect user personal data via analytics, ads, other embedded contents are termed as non-necessary cookies. It is mandatory to procure user consent prior to running these cookies on your website.